Chinese Dumplings 101: A Timeless Asian Cuisine over the Years Have you ever eaten Chinese dumplings? If you haven’t, you really do miss out the legendary dish. There are many timeless cuisines out there, but dumplings are just on another level of perfection. It has a rich history and symbolism behind it. And don’t even ask about the taste; it’s addictive! Now, let’s dig deeper about this Chinese cuisine. 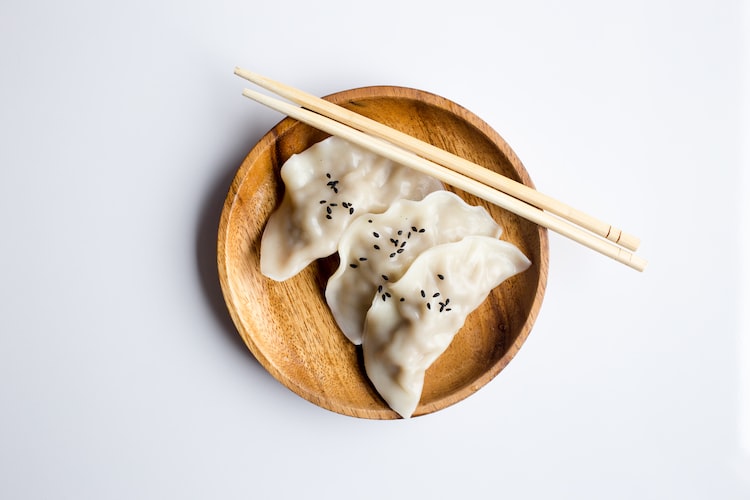 The story dates back in the era of the Han Dynasty.

He gave these dumplings along with a bowl of hot soup to the villagers with each person receiving two dumplings. Warmed with these delicious foods, the villagers were cured of the frostbite. Later on, people copied Zhang Zhongjing’s dumplings recipe and created their own version of dumplings by mixing various vegetables and meats as the fillings. It was the birth of the dumplings from Chinese. Initially, it was a medicine meant to cure frostbite. Today, it is a delicious cuisine that we all enjoy.

To put it simply, the Chinese dumplings are fillings—it can be meat or vegetable, prawn or even eggs—wrapped with dough that will be steamed with boiling water. The dumpling itself is born delicious and originally has many flavors. The most popular are pork and chive, pork with scrambled eggs and chive, pork and cabbage, and a mix of pork, prawn, and vegetable.

Jiaozi is a dumpling with crescent shape and pleated edges. It is typically filled with either meat (lamb, beef, chicken, or pork) or vegetables. However, some people enjoy jiaozi with unusual fillings like shrimp and even watermelon. This dumpling can be boiled, steamed, steam-fried, or pan-fried and is especially popular during Chinese New Year Eve.

Guotie or Peking Ravioli is a dumpling that is both pan-fried and steamed. At first, the dumpling is fried until one side turns brown. After that, it’s steamed for several minutes. When served, the dumpling is flipped over so that the brown side is on the top.

Har Gow is a dumpling with shrimp and bamboo shoots filling wrapped in a translucent, smooth and shiny skin. The dumpling skin is what makes this type popular. The smooth skin is created from wheat starch, an ingredient that’s readily available in Asian markets. Har Gow is usually a part of Chinese dim sum.

Siu Mai is a dumpling with a basket or cup shape, usually filled with pork. It has a puffy and super soft texture. As for the skin, its wrappings are mostly round.

Storing Your Dumplings at Home Once everything’s set, here’s what you need to do:

This process can make the dumplings last up to three months. It is advised that you put on a label on each freezer bag and write the date along with the content of the dumplings as a reminder. Also, you don’t need to thaw them before cooking. You can cook them right away although it may take a bit longer time.

How to Cook Frozen Dumplings

Alright. If you have succeeded in storing your dumplings, you may have another question popping out on your mind.

What is the right way to cook them? 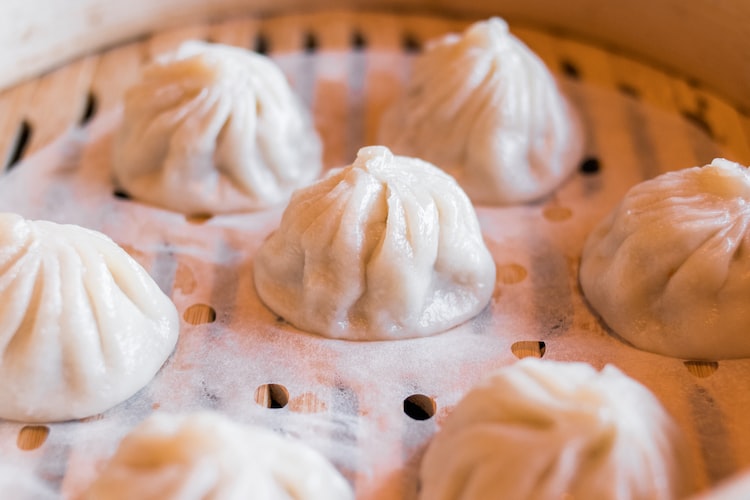 While boiling is the easiest way to cook frozen dumplings, it’s also the most time-consuming. It results in dumplings with a soft texture. To boil dumplings, prepare a pot and fill 2/3 of it with water. Let it simmer. Then, add the dumplings into the boiling water. Wait until they float. Wait for a bit, pick them up, drain and serve.

To steam, simply place the dumplings inside a steamer. Put the steamer on a saucepan (or a wok) which you have previously fill with water. Cover the steamer, turn on the stove, let the water boil, and wait for about 10 minutes. After being steamed, the dumplings will have a firmer but a bit stretchy skin.

If you want a soft and crispy texture at the same time, steam-fry is the answer. First, fry the frozen dumplings on a pan with several tablespoons of oil for two minutes. Then, add water until it covers the dumplings. Wait until they are steam through and finally, fry them again when the water evaporates.

Microwave and fry is the fastest method to cook dumplings. It takes no more than five minutes and results in juicy, tender, yet crispy dumplings. To do it, put the dumplings in a microwave-safe container. Add water until they are half covered. Then, microwave the dumplings for about three minutes. While waiting for the dumplings to be done, add several tablespoons of oil into a frying pan and preheat it over medium heat. When the dumplings are done, drain them, and allow them to cool for 15 seconds. Put the dumplings on the pan and cook until they turn golden brown and place them on a plate. 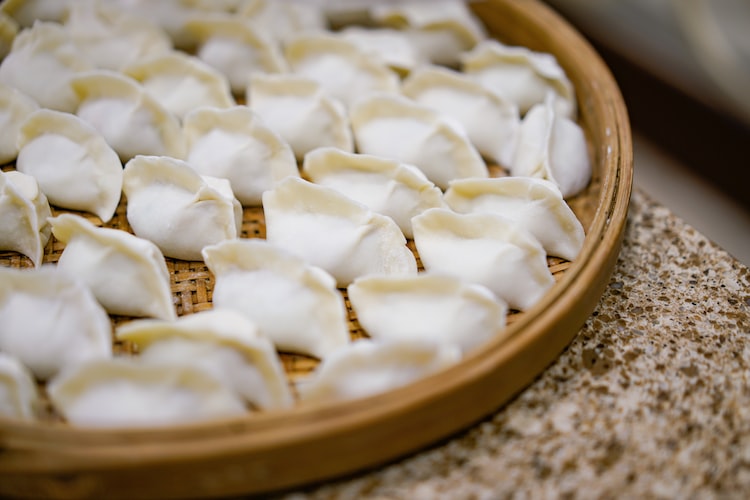 Chinese dumplings or Jiaozi are similar to Wontons. Still, they’ve got some distinctiveness in terms of fillings. While jiaozi’s fillings are mostly meat, such as lamb, beef, chicken, pork, fish, shrimp, or chopped vegetables, Wonton, on the other hand, usually has diced shrimp and minced pork as fillings. Also, Jiaozi usually has thicker skin, unlike Wonton.

Here’s the recipe you’ve been waiting for!

Ingredients for the dough:

How to Make the Dumplings: